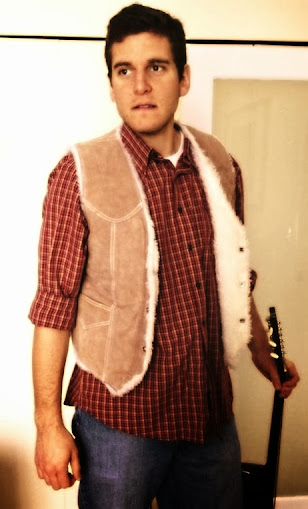 Guess what, friends. You’re hired! Not really, though. Aaron wants to tell you a little about his life. It all started at the beginning. He was a twin then and still is today. His wombmate, Milhouse, as he is referred to by no one, is one of the largest men that an ant has ever seen. During his youth, Aaron grew up. He marked all of his belongings with urine and shared everything he had including bath water. He has become the man you know nothing about today.

His mother is an earth science teacher on the moon and his father is half lemur and three-quarters poet. They climb great heights together. Aaron went to school in reverse order and Milhouse attended in normal sequence. They met once in the 6th grade. Elementary school was a breeze. That’s the time when he lived near a fan manufacturer.

After graduating kindergarten, Aaron joined the Peruvian circus in Brazil. He was a flutist and made delicious crepes. That was a long time ago. He met people like Biz, the singing ninja. Almost everyone heard him creeping. Biz married a deaf princess from Albany named Sheila. Aaron met her, too. They took pictures of each other and watched them age. It has taken forever.

After the circus, Aaron lived on an escalator for a short stint. At the top he met a girl. They wed. She grew into an ogre and ate all their house plants. She had a way with squirrels. She ate them, too. They grew older every day. They had children; a boy and his sister. She died shortly after the kids in a salt water bath Aaron gave them. He learned that ogres can’t breathe under heavy rocks. It was the first anniversary of her death. Aaron didn’t celebrate holidays then.

Aaron lives alone after that. He likes short stories so he reads a lot of booklets. He tells jokes to strangers and interviews people on the internet. He is getting older and his breath is getting worse. He owns a boat and will sail around a buoy until he realizes the anchor is stuck. Aaron will eat a lot of fish.

Aaron is sick now. As he ages his bones are getting shorter. He’s grown as much as he’s shrunk and he thinks that he’s learned more than he’ll ever know. He’s in a bed and the sheets are wet. That must make it Aaron’s bed. Would you like to join him? You’re hired. Not really, though. He already said that.