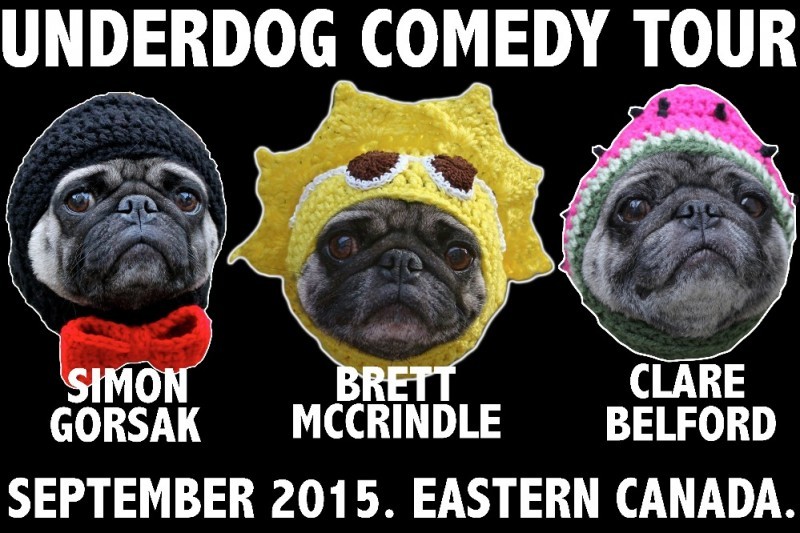 All the fun of the Underdog delivered.

Simon Gorsak is visiting the Quik & Slow Comedy Show to talk about his upcoming tour with Clare Belford and Brett McCrindle. Named for the famed Underdog Comedy Show, the Underdog Comedy Tour will move out of the Black Dog Freehouse basement and step into the eerie darkness of eastern Canada. Nick McQuik rallies a cry to his chiminea sweep, James Ross, to help these hilarious contemporaries in their quest to get the show on the road. Will their car make it? Stay tuned and find out for a grand slam of a hit on this week’s episode of the Quik & Slow Comedy Show!

Donate or check out the schedule for the Underdog Comedy Tour

Check out the Underdog Comedy Show:

Every Thursday around 8:30pm in the basement

The Black Dog Freehouse
10425 Whyte Ave.
Edmonton, Alberta
On Twitter: @ComedyUnderDog
Jamee Nall designed the amazing artwork! It is fantastically incredible! Like her? Like her. www.JameeNall.com